A media institution is someone that owns a large number of companies in various mas media such as television, radio, newspaper, movies and internet. There are the big 6 media institutions that own 95% of the total media. The big six consists of GE, News Corp, Disney, Viacom, Time Warner and CBS. 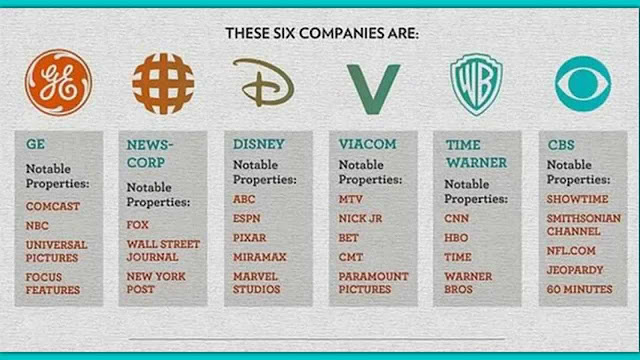 These big six media institutions have been slowly buying other companies to own a bigger share of the overall media. In 1988 the media was owned by 50 companies and today it is all owned by six. 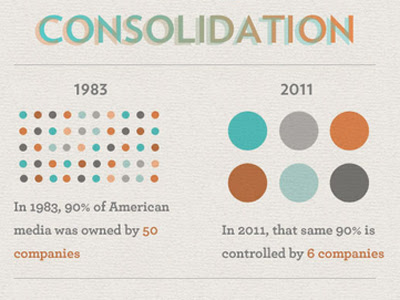 Rupert Murdoch controls over a 5th of the media. Rupert Murdoch owns News cooperation which is one of the big six. This also means that he owns Fox, Wall street Journal and New York Post. This means Rupert Murdoch can control what does and doesn't go into the news which gives him a lot of power.
Labels: Research